I live with MS

There are over 25,000 people living with multiple sclerosis in Australia, and every story is different. Meet two of our inspiring Gong legends who live with MS everyday…

After being involved in the MS Gong Ride as a supporter and Ambassador since 2005, Stephen is taking on the challenge this year in support of people living with MS, like himself. 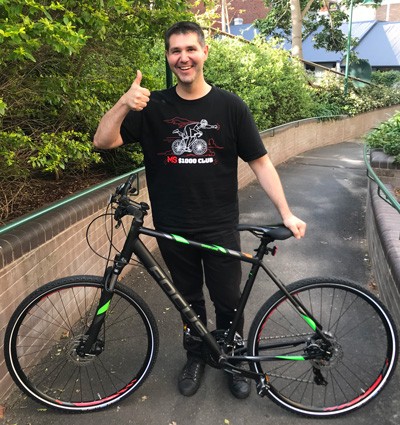 When Stephen was diagnosed in 2001, at age 22, his response was "You have to get something in your life - MS is lucky to have me!"

After a year of dealing with his multiple sclerosis, medications and depression, Stephen decided it was time to get positive. He commenced working full-time for a film and television company and kick-started his social life again. Stephen now works part-time with us here at MS.

Stephen has remained positive - as hard as it can be living in pain 24/7. He enjoys talking about and raising the awareness of MS. Stephen has been involved in the MS Gong Ride since 2005, but for the first time this year he’ll be taking on the challenge himself, after including it in his bucket list over 10 years ago!

Stephen takes each day as it comes, always with a smile on his face, making the best out of every situation that gets thrown at him. Stephen says, "It's not the hand you get, it's how you play it.”

“I did the ride for the first time in 2017 and it changed me, riding in that event. I felt so supported.” 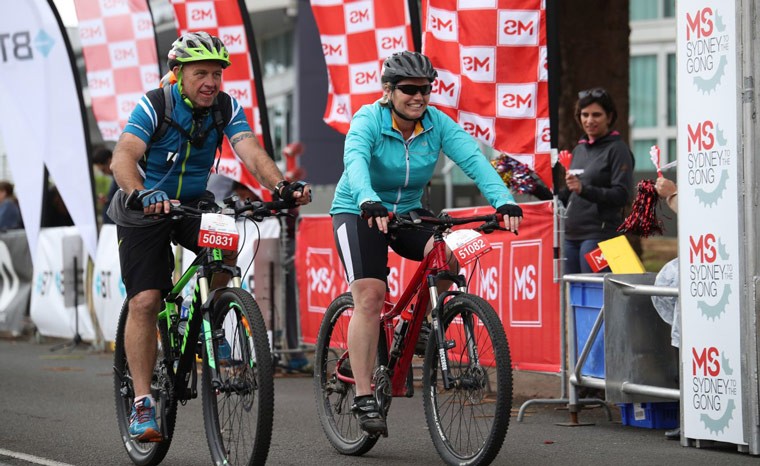 Mark was diagnosed with multiple sclerosis in 2014 at the age of 45 and lost his job soon after. “I was frustrated at the time, but since I’ve not been able to work I’ve been at home with my two beautiful kids, and I wouldn’t change it for the world, not for anything”, he says.

Living with MS…Mark has his good days and bad days, but he tries to make the best of everyday and enjoy the little things.  He thought the world was caving in on him at one point but he woke up one day and thought, “well the sun is shining” and his outlook changed forever.

Mark is participating in the MS Gong Ride for the second time in 2018, he says “I did the ride for the first time in 2017 and it changed me, riding in that event. I felt so supported and thought, people actually DO care, the weather didn’t even bother them.”

Mark has some words of wisdom for anyone with MS, “There’s always help there, no one has a problem with helping you, you just need to learn to ask.”

The money you raise makes a real difference to the lives of people living with multiple sclerosis, like Stephen and Mark.